Even more than other departments in a company, the purchasing department must deal with the various forms of resistance to change, whether within the team or with the various stakeholders. An additional hurdle for these teams to overcome in order to deliver successful results.

Resistance to change, the enemy of your projects!

It is well known that resistance to change is the enemy of any project and any business transformation. It comes in different forms and can sometimes be easily identified or disguised in different ways. But what about professional buyers and to what extent does this phenomenon impact the world of corporate purchasing?

The purchasing departments of companies are not spared from this problem, quite the contrary! Indeed, like any organization, purchasing teams and buyers have often developed their own habits in their methodology, their tools and with their suppliers. It is then difficult to change the way of working, especially when it comes to human contacts.

An employee who has been using a particular tool or strategy to enter into negotiations for years does so out of a belief that he or she has found the best strategy. From the same 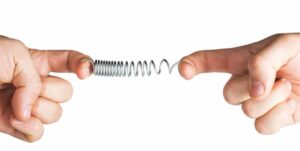 In this way, the emotional bonds formed with the various suppliers reinforce habits and make change increasingly difficult to accept. Internally, a purchasing department or a buyer is therefore confronted with resistance to change in a natural way and often against the general interest of the company .

Changing systems, strategies and tools requires more work. Many factors are forcing procurement teams to evolve, and to do so increasingly and rapidly: the level of services provided by suppliers is becoming more and more sophisticatedIn addition, there are many supplier consolidations, purchasing categories are reviewed more frequently, and these teams are increasingly required to have programs and talent capable of analyzing more data and defining strategies in the face of constant price changes, etc.

At this point, we could conclude that resistance to change hinders the results of the purchasing department, but that this is common to all teams in a company and is not a problem more specific to the purchasing department. However, and this is a double whammy for buyers, there is still the management of the change of the various stakeholders of the company who are impacted by purchasing!

Indeed, it must be taken into consideration that purchases are made in order tohelp other departments and employees to carry out their missions. The end-users are the other departments and they have many expectations and habits, which, if not met or changed, may result in a refusal on their part and thus the announced failure of even a very well negotiated purchase.

Theclassic example of the IT system negotiated by buyers for months but not used by employees who disagree with a system change is well ingrained in our minds and yet this type of mistake is so easily repeated, as are the losses associated with this resistance to change. It is therefore sometimes a good work done by theprocurement team that the other departments turn into a fiasco because of the refusal and opposition mechanisms developed by them. Thus, in order to defuse this external resistance, there are many methodologies to apply. Among these are two guidelines for the purchasing team: creating engagement with internal customers and having an internal customer-centric approach.

What steps to take to tackle resistance to change

Here are some actions and measures to implement to achieve this:

Use the different communication channels

For example, the company's internal website with FAQs, documents related to the purchasing process and team contacts or newsletters can be used to communicate internally on the various past and future projects of the purchasing department, the success stories and other information that will demonstrate the added value of the team, but also to interact and exchange with the different teams.

Evaluating internal customer satisfaction can be implemented with a rating and feedback system for well-defined criteria. This allows for concrete and identified feedback from internal customers on the purchasing department. From this assessment, a continuous improvement plan can be drawn up with a multitude of defined actions. Finally, the targeted and dated execution of the actions and the verification of the impacts related to these actions can take place. It is then enough to follow the famous Deming wheel and thus to start again this process in a periodic way. Continuously improving internal customer satisfaction and demonstrating the efforts of the purchasing department will undoubtedly result in a decrease in user resistance to purchasing-related changes.

Answering questions from internal customers allows us to better understand the issues in the field in order to include questions related to these issues in future RFPs for example. Also, some answers can be provided by the purchasing department and allow to train the Help Desk teams on the right reflexes to adopt and the right answers in case of questions related to the products/services and their uses and to avoid unconstructive or unfounded criticisms that create resistance to change.

While it is inevitable that purchasing departments must change and evolve in the face of a constantly changing environment, these concrete examples of actions and methods provide buyers with solutions to ensure that the various stakeholders adhere to these changes or reduce their resistance.

Of course, it is always difficult to ensure that all purchasing assignments are successful by following these methods, as there are many other factors, but it at least reduces the risk of this happening and potentially can turn a failure into a success.

Get in touch with our team!

Non-strategic” purchases represent between 15 to 50%* of a company’s total purchasing volume and 15 to 25%* of its revenue. They also represent more than 50% of orders and 80% of suppliers.

Need Help To Maximize Your Business?

Reach out to us today and get a complimentary business review and consultation.